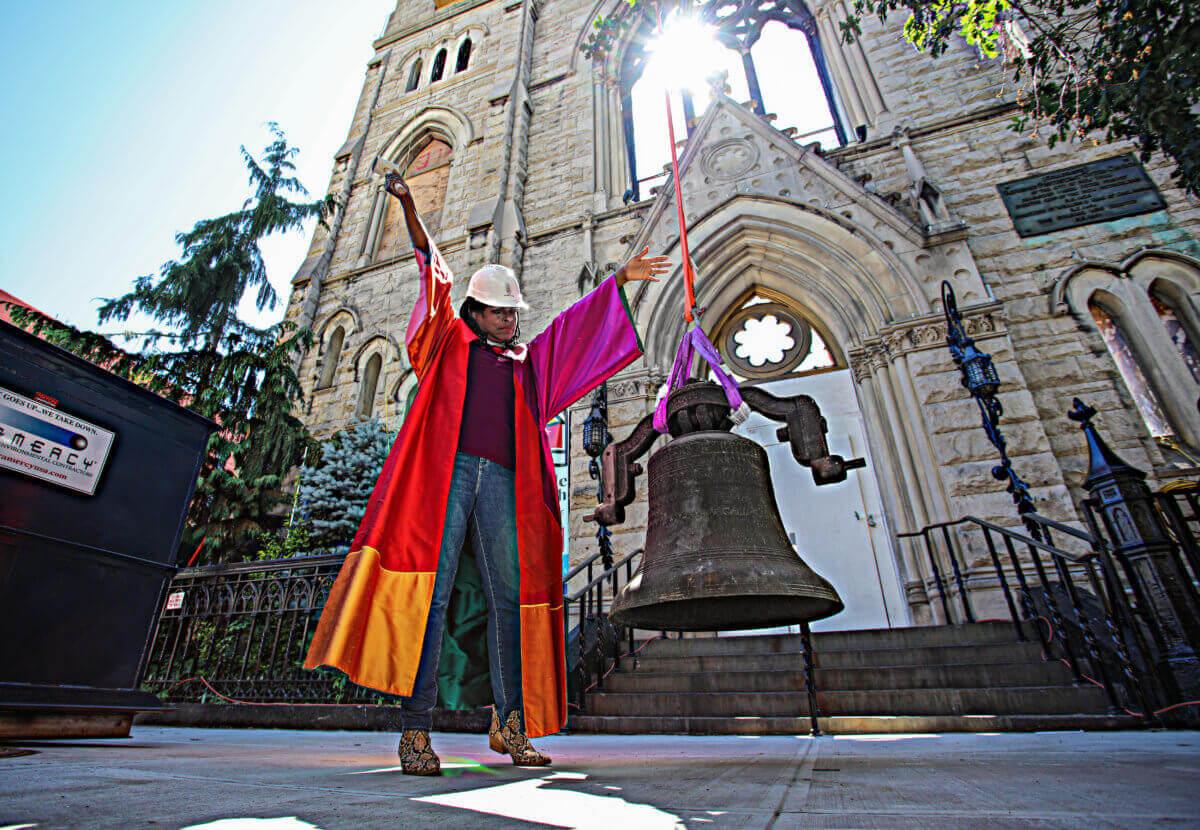 A historic piece of New York City has been given new life thanks to the efforts of the team at Gramercy.

A team of dedicated professionals rescued the 290-year old New York Liberty Bell from the ashes of Middle Collegiate Church, showcasing the power of ingenuity and dedication to preserving history and heritage.

The skills and expertise of the Gramercy team helped bring hope to the Middle Collegiate Church community and the neighborhood by successfully removing the historic bell from the ruins of the fire.

For Middle Collegiate Church, a difficult 2020 turned tragic just prior to the Christmas holidays. On December 5, 2020, a six-alarm fire spread from a nearby building to the historic East 7th Street church building, reducing the once beautiful architecture to ashes.

The church, originally built in 1891, was home to a congregation that took pride in the church’s gothic-style architecture.  Designed by famous builder Samuel B. Reed, the East 7th St location has housed four congregations throughout its history.

As firefighters arrived on the scene to battle the massive blaze, onlookers watched in horror as the flames began to rise higher, threatening to collapse the belltower of the church – and with it, the historic Liberty Bell.

Fortunately, firefighters were able to put out the blaze. However, the building was a total loss, requiring the work of Gramercy’s demolition and salvage team to come in and secure the location.

At the top of their list? Rescuing the Liberty Bell.

According to Gramercy Salvage Specialist Mark Schwab, the Liberty Bell project is unlike anything the team has worked with in the past.

“This project was very unique. They were doing construction… and during that work, a fire took place and caused the church to become a burned-out shell.”

The work to remove the Liberty Bell from the Middle Collegiate Church tower required great care and strategy. Crews from Gramercy’s specialized art salvage team arrived at 6 p.m. to consider their steps forward.

“We got the call, and all of our forces showed up at around 6 PM to start work on the building.” William Higbie, Gramercy’s General Superintendent of the salvage project, said. “We needed to find what parts of the building needed to be salvaged and what parts could remain.”

In order to remove the bell safely, the team used a gantry crane to reach the bell itself. The team worked carefully to build a platform that could withstand the weight of the bell once it was removed from its rigging.

Once removed, the bell was attached to a rolling dolly and slowly moved through a small opening where a crane removed the bell safely. Carefully, the bell was lowered to hang just a few feet off the ground in front of the church.

For Middle Collegiate Church’s Rev. Jacqui Lewis, saving the bell from the ashes of the fire was a testament to the church’s resiliency. In an interview with amNY, Rev. Lewis celebrated, saying,

The team gathered with the leadership of the church to celebrate with one last ring before the bell. Rev. Lewis and Gramercy President and CEO Joanna Parziale stood together to listen as the bell – whose sound rang out for so many past historical events in New York – was struck once more.

The bell was then safely wrapped and stored by the Gramercy team for its trip across town to the New York Historical Society.

A New Chapter for the New York Liberty Bell

The New York Liberty Bell was safely delivered to its new temporary home at the New York Historical Society, where a new display is inviting New Yorkers to view a piece of rescued history. The display will raise funds for the restoration of the Middle Collegiate Church, where Gramercy is helping oversee the salvage process.

The Liberty Bell salvage project is just one way that Gramercy is helping protect and preserve the history of New York and beyond. For Gramercy President Joanna Parziale, the journey of reaching and preserving the bell was nothing short of miraculous.

“It’s remarkable to be involved in taking down a building and being able to protect a piece of history. It’s a remarkable task.”

The New York Liberty Bell can be seen in its glory at the New York Historical Society’s exhibit honoring the city’s history. As a special guest curator, Middle Collegiate Chruch’s Rev. Lewis will be overseeing the exhibition, which was also part of the 20th anniversary memorial of September 11th.