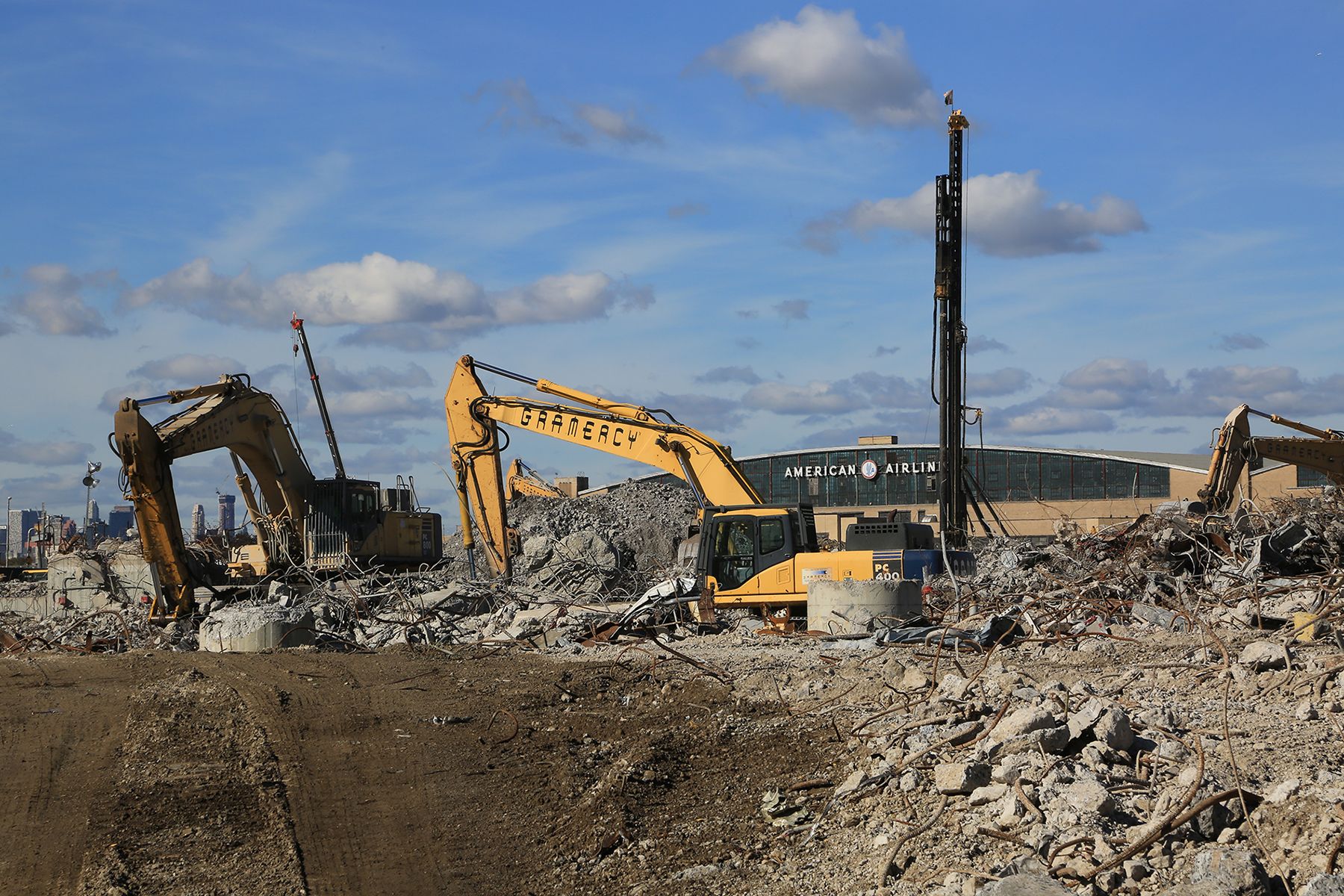 NEW YORK (CBS NewYork) — One of the nation’s busiest transit hubs is getting a much-needed makeover.

Vice President Joe Biden and Gov. Andrew Cuomo were on hand for a ground-breaking ceremony Tuesday as construction officially begins on a $4 billion overhaul of LaGuardia Airport.

When it opened in 1939, LaGuardia was the most expensive airport ever built with a $38 million dollar price tag.

Today, the central terminal dates back to the 1960s and is often fodder for jokes after a now infamous comment from Biden in 2014.

“If I took you and blindfolded you and took you to LaGuardia Airport in New York, you must think, ‘I must be in some third world country,’” he said. “I’m not joking.”

As CBS2’s Emily Smith reported, Biden acknowledged that statement on Tuesday, along with Gov. Cuomo, who credited those words for LaGuardia getting a new airport.

“I’m glad I heeded his words because he was right,” Cuomo said.

“I’m not sure what I dad to say was very popular with anyone,” Biden added.

While some took it as an insult, many passengers agreed that the airport built in 1939, needs to be demolished – to do away with the run down, dilapidated, Central Terminal building.

“Compared to other airports this airport is a mess,” traveler Joao Furtuoso said. “It’s not modern, it’s not pretty to look at. It’s lacking. For a world class city like New York you need to do better.”

The crumbling infrastructure will be replaced by a sleek, modern 1.3

Two-thirds of the project will be funded by private financing and passenger fees, CBS2’s Janelle Burrell reported.

“If it goes over budget, that is on the private team doing this and not on the Port Authority,” said Port Authority Executive Director Patrick Foye.

Some recent calculations have the cost of the new project topping $5 billion because of overhead costs, Burrell reported.

Crews have already begun closing some of the parking lots ahead of the construction. Airport officials say they expect the terminal to be fully operational during the project and said it should no impact any flights.

Many travelers can’t wait for the project to be completed.

“I think it’s a little bit antique,” one traveler said.

The hub, operated by the Port Authority, services more than 28-million travelers a year and there could be more once it appeals to passengers.

The renovation is expected to be completed sometime in 2022.