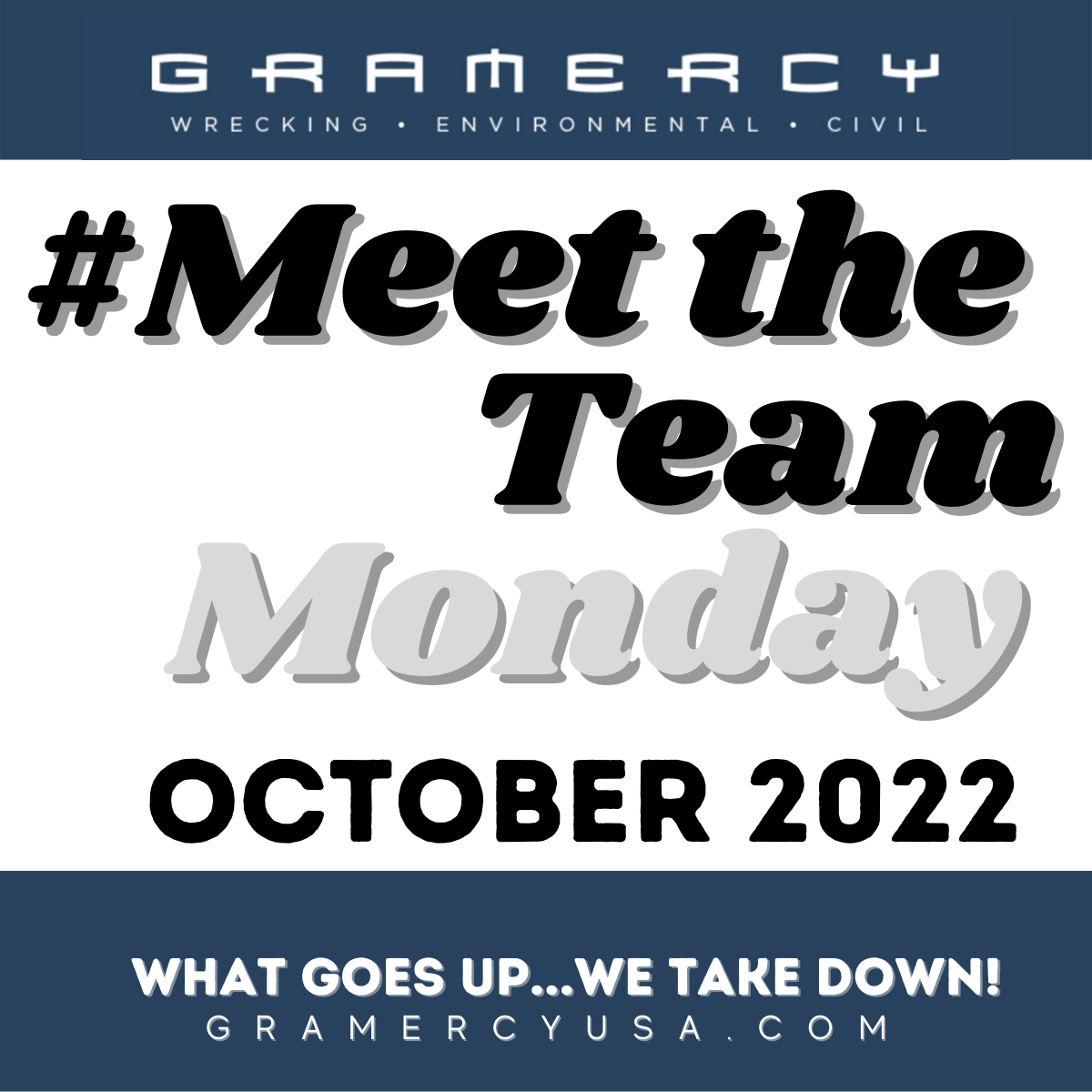 David has been working for Gramercy for two years and says he is glad he joined our team because he’s learning so much and enjoys the diversity of the civil and demolition jobs he currently works on.

Born in Columbia, David came to the US at the age of 17 to attend Stevens Tech where he studied mechanical engineering. Originally wanting to design surgical apparatus parts, after graduating, David began working in construction and changed his career path.

Today, he may not design things that can save someone’s life, but he now designs things that can change people’s lives. David is blessed with his parents, two sisters and two brothers. In his spare time he enjoys traveling, working out and hiking.

Thank you David for your hard work and dedication to Gramercy. We are happy to have you on our team.

Volodymyr joined Gramercy in 2005, shortly after moving to the United States from Ukraine. He enjoys hard work and staying busy. He is blessed with a wife who works in banking, and two daughters who both attend college. One is studying to be a nurse, while the other is majoring in finance.

Volodymyr and his wife just celebrated their 25th wedding anniversary and in honor of that milestone, his daughters surprised them with a trip to the Dominican Republic.

Because he still has family in Ukraine, since the beginning of the war, Volodymyr has used his spare time to collect donations to help support his people.

Thank you Volodymyr for being part of the Gramercy Team for all of these years!

Oscar has been with Gramercy for 17 years. Each day he spends in the warehouse he’s continuously in motion keeping things extra organized. Oscar is blessed with three daughters, ages 28, 29 and 30. He also has four grandchildren, two girls and two boys.

In his spare time he enjoys resting and spending time in the Bronx with his grandkids. In his spotlight he wanted to say a “thank you” for the time he has spent working at Gramercy and how happy he is to work here.

Thank you, Oscar! We truly appreciate your hard work and dedication all these years.

Emil “Junior” has been with Gramercy since November, 2017, starting out as a laborer, but later becoming an operating engineer. Our general superintendent, Bill Higbie, Emil’s stepfather, introduced us to him. We’re thankful that Emil shares the same work ethic as Bill and Emil credits Bill’s influence for getting him into the construction industry.

Originally, coming from a hardworking family in the pizza business, Emil’s goal was to open a pizzeria. He recalls that when he was 16, Bill bought him a tool box and said “you need to know how to do everything  yourself.”  That’s exactly what Junior did!  During his time at Gramercy, one of his most memorable projects was the interior gut of the Macy’s store in Commack, NY.

His favorite part of his job is operating the larger excavators and enjoys the fact that there is always something new to learn in each demolition project as no two jobs are the same. Emil has five older sisters and is blessed with a beautiful wife and daughter.

Thank you Junior. We appreciate your hard work and having you on our team. You truly are a “jack of all trades”…and a master of many!

Look at back at some of our earlier Meet the Team Employee Spotlights from past months, here and here.