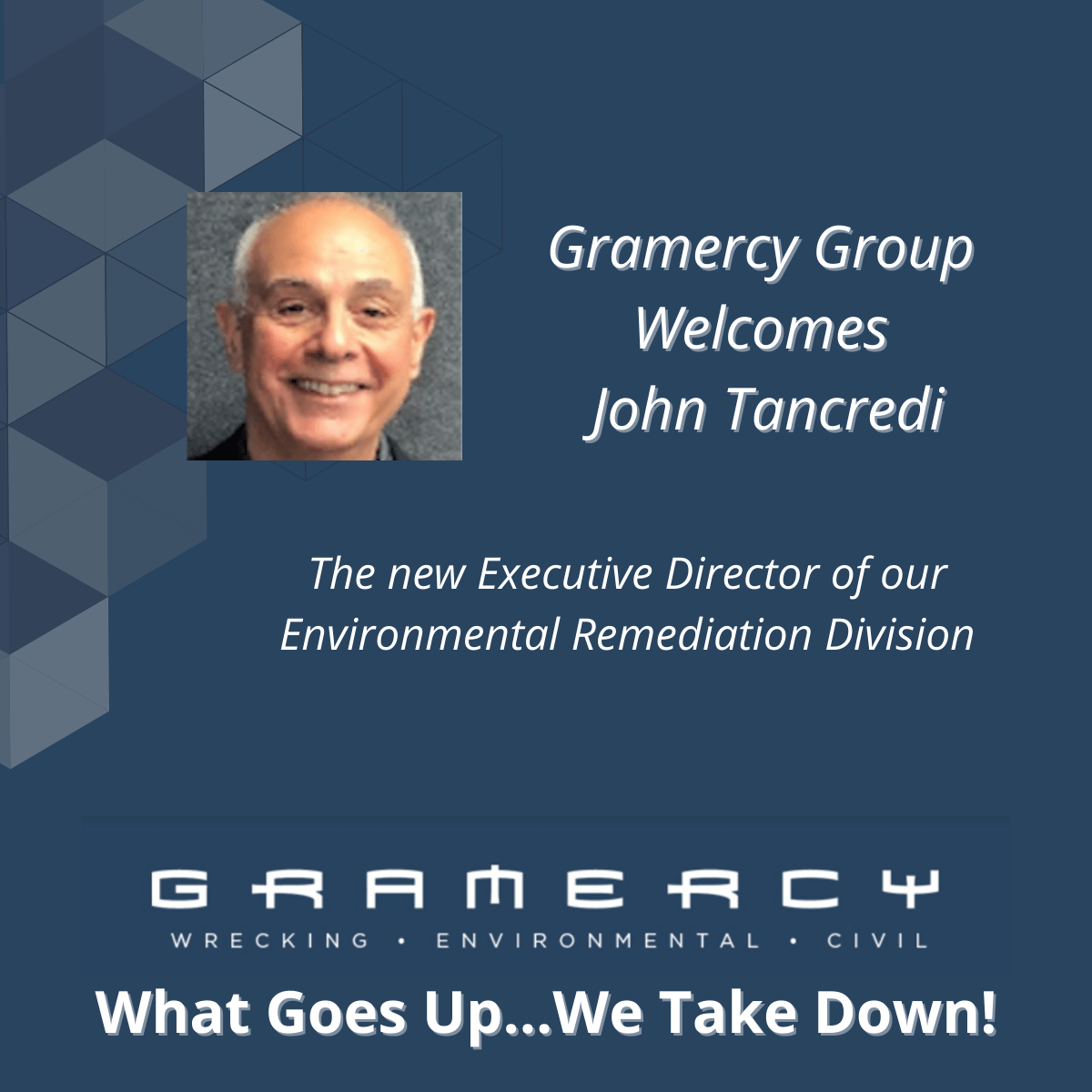 Gramercy Group Inc. is pleased to announce the addition of John Tancredi to the Gramercy Family.  John is joining the team as Executive Director of our Environmental Remediation Division.

John will lead the effort to enhance Gramercy’s capabilities in this arena and institute best work practices company-wide.  With his extensive experience in the Environmental Field, John is a welcome addition to the Gramercy Team.

Afterwards, John joined the NYC DEP Asbestos Control Program as Director of Training & Certification and later as Director of Enforcement, where he led the efforts to set up the programs and establish the current NYC Asbestos Regulations. John then joined the private sector where he was a principal of a successful Local Environmental Remediation Company.

John remained in the private sector joining a National Environmental Remediation firm as Corporate Director of Health and Safety. During that time John developed strategic Safety Plans and oversaw numerous Environmental cleanup projects including several at Ground Zero (post 9/11) and the Pentagon.  John continued to work for several other large NY-based Environmental Firms, successfully managing some of the more complex abatement projects completed in the region.