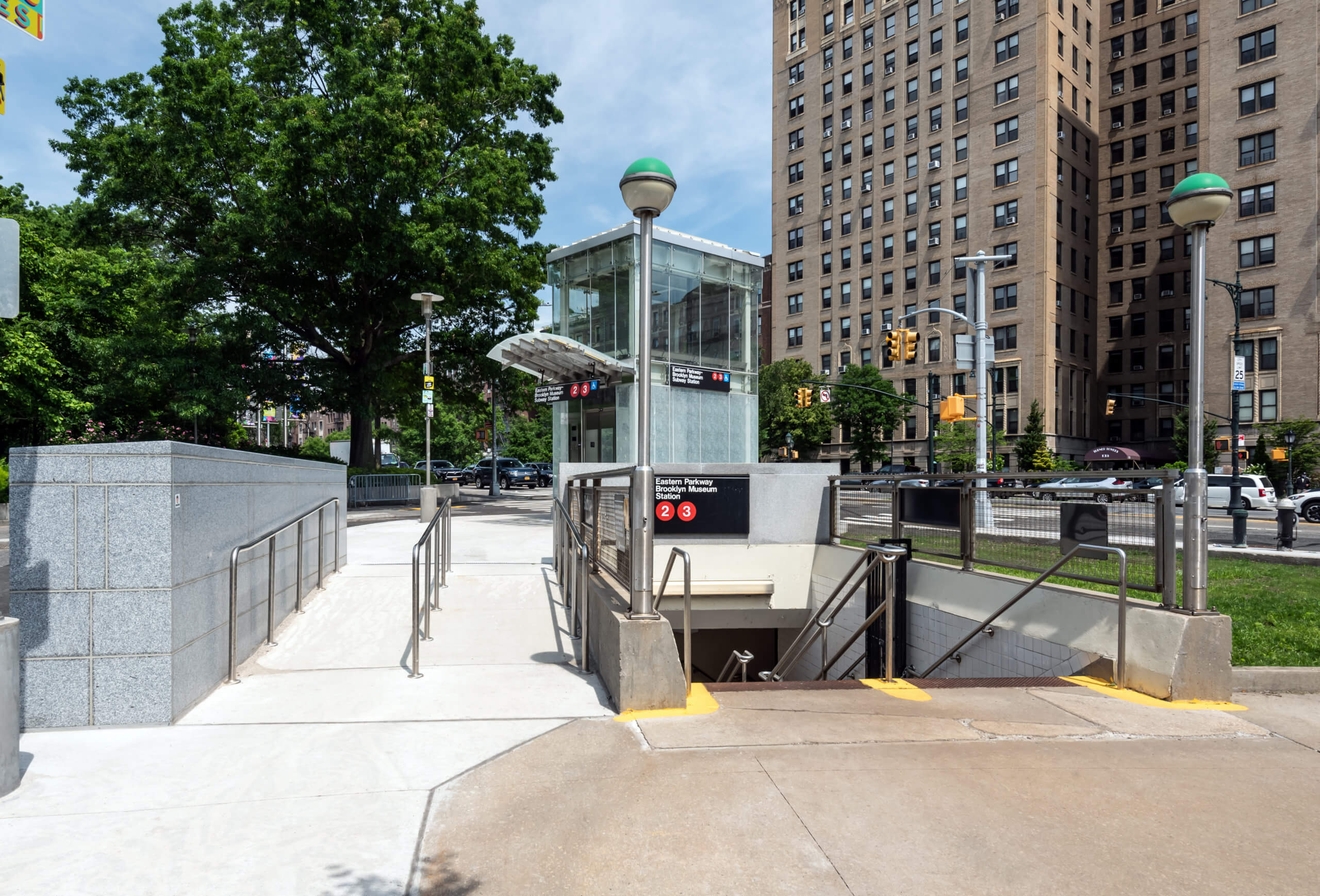 Many people are familiar with Gramercy’s commercial demolition, environmental remediation, asbestos and flood mitigation services, but there are many civil engineering and general contracting projects that the company takes on each year.

A General Contracting and Civil Engineering Project in Brooklyn

Coordinating public transportation throughout New York City can be a challenging experience on a good day. But it can be near impossible for riders who have physical challenges. Being able to hop on and off the subway is a convenience most of us city-dwellers take for granted. For many mobility-challenged travelers however, that process often requires significant planning and many times additional travel time.

Imagine having to add an extra hour onto your commute time because the subway stop you need isn’t accessible to you? That problem is just what one of our recent projects took on for riders and residents in the Brooklyn area.

The twenty-two-month project included improvements to the station such as:

Civil engineering projects such as this one require significant coordination and planning and often have unforeseen obstacles to navigate. The unique circumstances of this project were no exception. Scott Krokoff, Gramercy Project Manager, and Joseph Castaldo, Vice President, Operations, shared vital takeaways that Gramercy Group will bring into future projects.

Many visitors and residents move through this high-profile area daily, which makes construction challenging. In addition, Gramercy Group had to plan construction around various 2019 events like the Brooklyn Botanic Garden Sakura Matsuri Festival, The Popular® Brooklyn Half, and the West Indian Day Parade because of the project’s high-profile location.

The project continued throughout the global pandemic in 2020, which created unforeseen and unique challenges. COVID19 required Gramercy’s leadership team to plan and work around various protocols. The ever-changing environment required quick and careful decision-making.

COVID19 also caused material delays that forced the team to pivot from their planned schedule and work on what they could instead. One benefit from COVID19, however, was the closure of the Brooklyn Museum and other popular destinations. The closures lessened traffic and subway ridership through the area, which enabled the team to work with fewer interruptions.

The existing structure of the station was too small to accommodate the new elevators. Consequently, the team had to build supporting excavation, expand the roadway, and build an extension onto the station. Unfortunately, one of the extensions was in the middle of the Eastern Parkway, a major road that runs through part of Brooklyn.

The parkway was shut down for six weeks, but Gramercy leadership was forced to come up with a solution to work in the area for the remainder of the project. The solution was to build a temporary plated structure that allowed cars to pass over and the team to work under it. Here,  the crew was able to continue excavation, construction and add a new concrete structure for the elevators.

Communication was a necessary component of completing the station improvements. Krokoff said his biggest takeaway from the project – his first as project manager – was the importance of open communication. Communication with his team and subcontractors was imperative. Gramercy leadership also had to communicate and work with coordinators of the 2019 community events and members of the community board. Without effective communication and teamwork, the project may not have come together as well as it did.

Staying flexible and being resourceful throughout the project was vital in helping the team succeed. One major delay was getting the glass for the elevators, which took months longer than originally scheduled. Consequently, the team had to rearrange their schedules to work around material availability. The team persevered despite the many challenges and frequent changes that arose.

Deadlines and budgets are integral parameters of any project and are sometimes hard to stay within. Gramercy Group completed this project on time and within the $25M budget.  One component Krokoff says he is most proud of about this project is that they were able to hit their targets.

Helping Others through Engineering and Construction

This heavy civil construction project will benefit many residents and visitors in Brooklyn. Castaldo mentioned that the most important aspect of adding ADA elevators to the station was benefiting the community. He also said projects like these are one of the things he is passionate about in this industry.

Gramercy Group is pleased to have served the community and made Brooklyn more accessible for all residents and visitors, especially those with mobility challenges. Metropolitan Transportation Authority officials, local community institutions, and Brooklyn Borough President Eric Adams announced the completion of the station’s new, fully accessible features at an MTA press conference. Photos of the new station and the press conference can be viewed here.

Making the Eastern Parkway 2/3 station improvements is another step in the right direction for the MTA. The MTA has pledged to take steps to make all New York City subway stations accessible by 2034. With Gramercy Group’s experience in completing this project, another accessibility elevator project is on the horizon. Stay tuned for news on this in the coming months.

What goes up…We take down! And build up again!