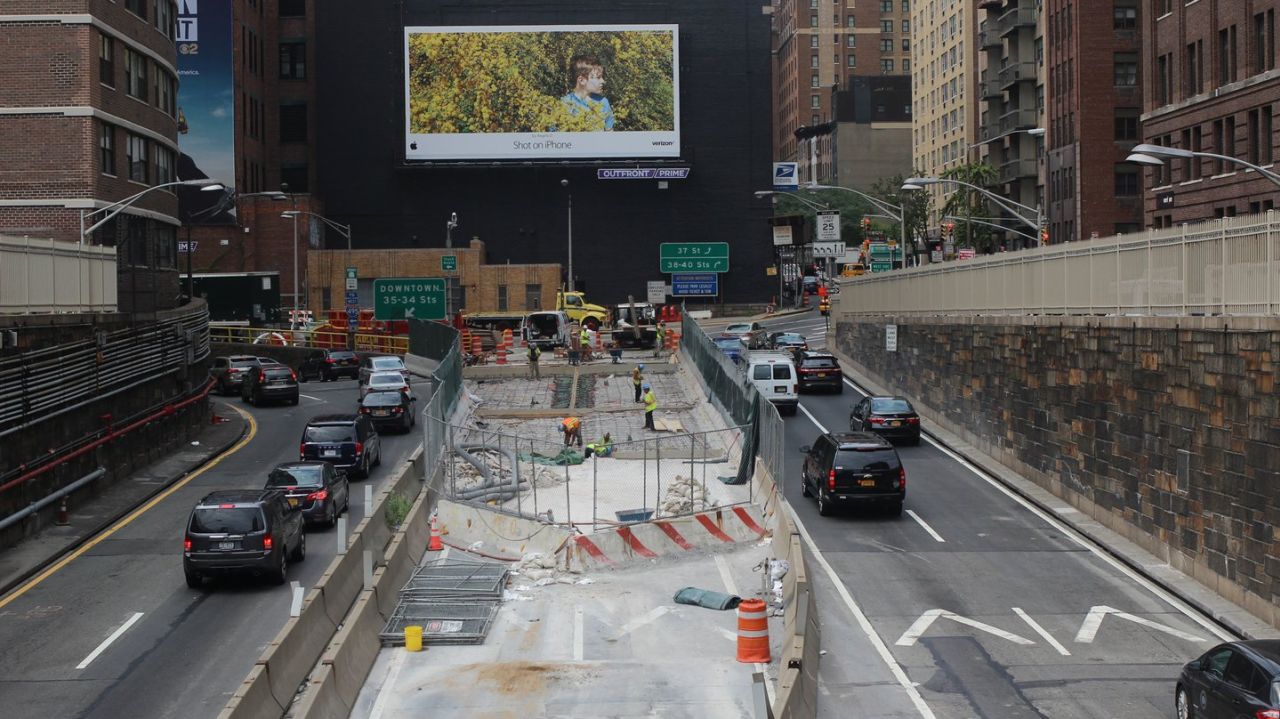 MIDTOWN EAST — Drivers heading from Manhattan to Queens or vice versa through the Queens Midtown Tunnel won’t be able to pay cash for the toll in early 2017, according to a spokeswoman for the Metropolitan Transportation Authority.

All toll plazas of the tunnel will go cashless in January, a change that the MTA says will result in a smoother tunnel experience for all, according to Joyce Mulvaney, the agency’s director of community affairs.

“It’s definitely good news — the old toll booths will be coming down as we move to a fully open road cashless tolling operation, traffic will move more efficiently and it’s better for the environment,” she wrote in an email to local officials.

The new policy will not affect drivers who already use E-ZPass.

But those who don’t will have their license plate photographed by cameras installed at the toll plazas and get a bill in the mail within 30 days.

The MTA has agreements with out-of-state DMVs to send the bill to non-New York drivers, according to MTA spokesman Christopher McKniff.

The toll for E-ZPass drivers is $5.54. For everyone else, it’s $8. Vehicles are tolled in both directions.

Drivers who fail to pay the toll on time will receive a $100 violation. Ongoing failure to pay  will mean having the bill referred to a collections agency, with the possibility of civil lawsuits, McKniff said.

Construction in the tunnels and at the Queens-bound entrance plaza in Murray Hill has been an issue for neighbors in the past year and gridlock has caused sleepless nights as cars back up into side streets near the tunnel.

One tunnel neighbor, Scott Rifkin, said he hopes cashless tolling will ease the congestion, but said it will be no magic bullet.

“Eliminating toll barriers should help the outbound flow a little bit if more cars are able to flow through, so that will definitely help,” he said.

“But nothing is going to change for the cars exiting the tunnel [in Manhattan], and it might even mean more of a backup if more cars are entering in Queens.”

The only other cashless toll plaza in the city is the Henry Hudson Bridge between Inwood and Spuyten-Duyvil, which has been part of a pilot program since 2012.

But the MTA expects to transition all of its seven bridges and two tunnels in the city to cashless tolling by the end of 2017, McKniff said.

Cash toll booths are operated by MTA Bridges & Tunnels officers and there are no dedicated toll operators, so the transition to cashless tolling will not result in any lost jobs, McKniff said.

A representative of the Bridge and Tunnel Officers Benevolent Association, the union that represents the officers, did not immediately respond to a request for comment.